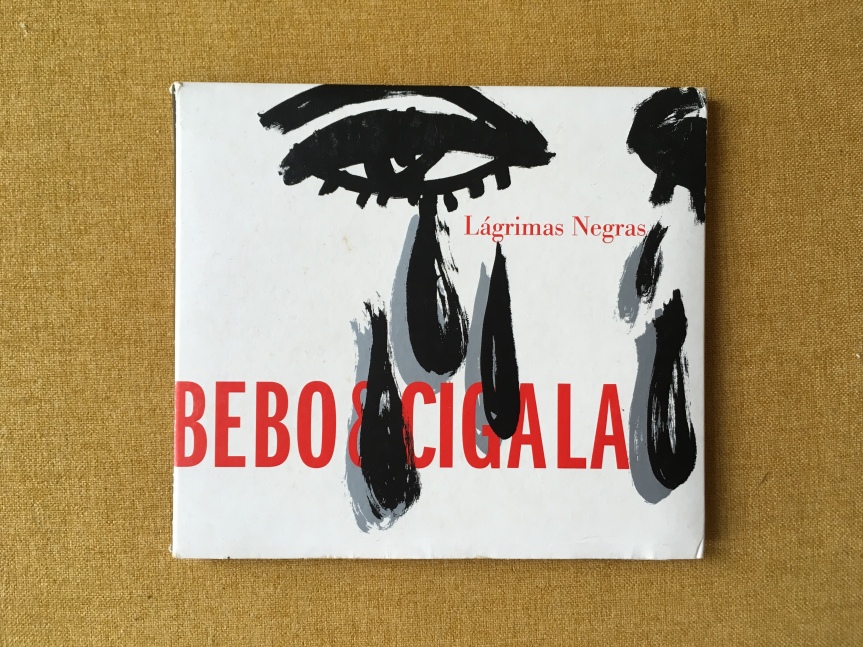 Have you ever heard about the album Lágrimas negras (Black tears)?

Don’t worry if you haven’t, it’s better late than never.

The album celebrated its 15 year anniversary in 2018, and the tour commemorating the occasion is still going around the world. Although it’s not pure flamenco, it’s one of the best fusions ever involving flamenco.

Do you know them?

Bebo is a Cuban jazz pianist/composer and Diego is a Spanish flamenco singer.

They have already been famous in their own respective genres, when Bebo collaborated in Diego’s 2001 album Corren tiempos de alegría (Those were years of joy) with 2 boleros Amar y vivir (To love and live) and La fuente de Bebo (Bebo’s source). Afterwards they both felt the need to go deeper in their collaboration, and almost secretly started working together on some songs. What felt like a spontaneous and intimate project at the beginning, ended up being the most beautiful fusion of Latin jazz, flamenco and bolero of all times. You don’t have to like flamenco to enjoy it; you don’t have to like jazz to enjoy it. It’s just good music.

Fusion of Cuban rhythms and flamenco vocals, produced by Spanish producer and guitarist Javier Limón and film director and producer Fernando Trueba. It counts with a number of top flamenco musicians like Javier Colina on the bass/contrabass, El Piraña on drums/cajón, Niño Josele on the guitar, and also the Cuban-born American saxophonist, and clarinetist Paquito D’Rivera. It was recorded between September and December 2002, and consists of 9 songs:

The title of the album comes from the song Lágrimas negras. The story tells that the Cuban author Miguel Matamoros travelled to Santo Domingo in 1930, and stayed at a B&B, where he heard a woman desperately crying in another room. As the weeping hasn’t stopped nor seemed she finding comfort, Miguel asked the B&B owner what was wrong, and he was told the story of a woman abandoned by her lover for the love of another woman. The suffering and despair of this woman inspired Miguel to compose the song in 1930, and has been interpreted on countless occasions since.

The album was huge success, and earned a Latin Grammy Award for Best Traditional Tropical Album.

Enough of words now, let’s listen to the album a bit and enjoy the magic of Diego and Bebo.