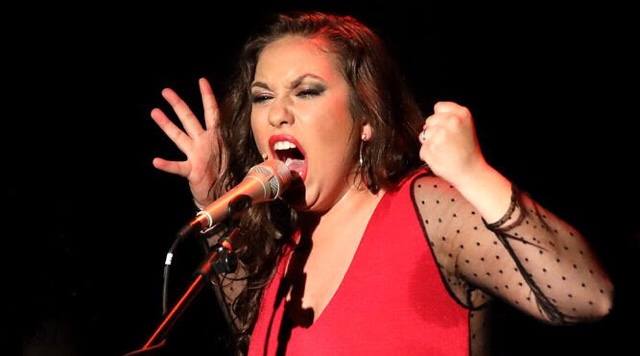 Hearing the name Terremoto, I instantly think of two things: the legendary flamenco dynasty from Jerez de la Frontera, and the tragically short life of their first two generations…

We all know the singer María Terremoto, who represents the Terremoto family today, but she is only the third generation of the famous clan.

The first Terremoto to become famous was Fernando Fernández Monje, also known as Terremoto de Jerez. Born in 1934 in the famous Santiago district of Jerez, he first danced flamenco, only later started singing, to become one of the most important flamenco singers of his time. Some called him the successor of Antonio Mairena, and the most important singer Jerez has ever had after Manuel Torre, with his distinctive broken gypsy voice, that carried the duende and the wisdom of his ancestors. He is best known for his bulerías and seguirillas, the styles known as specifically gypsy styles. Having spent the night of the 5th of September 1981 in Ronda singing, he got home to Jerez around six in the morning, complaining about feeling unwell. By 9 am he has died. He was 47. Heart failure, his doctor said, surprisingly not connected to his long standing liver condition, which put his life at risk so many times in the past.

The art of flamenco as known today, is very different from the flamenco lifestyle that many flamencos lived throughout the twentieth century. Late nights fuelled with alcohol and other substances of the night, that shortened the life of so many…

His son, Fernando Fernández Pantoja, known as Fernando Terremoto followed his footsteps, but only some time after his father’s death. To be precise, he was 22, when he first sang in the peña Don Antonio Chacón in Jerez in 1989, accompanied by the guitar of Moraíto Chico. His flamenco debut was actually as a guitarist some time earlier, but the day he started singing, there was no going back from there… The heritage of his father could not be ignored or denied, and during his short life his career flourished: he sang in peñas, on festivals, collaborated with artists like Israel Galván, and won many awards of the flamenco world. The magnitude of his voice is described as sculptural and one of nature’s wonders. Shame that in 2010, at the age of 40, caused by a brain tumor, he passed away, leaving behind his wife and 9 year-old-daughter, María.

Her first ever flamenco appearance was on a zambomba in Jerez, at the age of one! That night she debuted as a flamenco dancer. The night she debuted as a singer, remains unforgettable in the history of Jerez. She was only 9 years old, she went with her father to the peña that bears their family’s name, and sang for the first time in front of the wider audience. Bulerías, of course. This was the moment, when Fernando Terremoto – unknowingly – passed the artistic torch to his daughter, as it proved to be his final farewell to the stage. Today, she is still only 19, but in the decade since she lost her father, she has earned herself a place among today’s flamencos.

María started performing more regularly in Jerez at the age of 14, and gradually, she began to perform more often and outside Jerez too, representing the deep roots of flamenco (cante jondo). Her break came during the prestigious Festival de Jerez in 2016, when she left an entire theatre speechless after her performance; followed by such press acclaim, that no one of the age of 16 has ever received before. By the time she performed on the Bienal of Seville in September 2016, her name was well known. It only added to her reputation, when she received the Giraldillo for the artist of revelation from the Bienal of Seville, as the youngest ever recipient of this award. Positive reviews flooded in from everywhere, and this recognition placed her to the forefront of the flamenco scene. She has been named the future promise of flamenco singing and “the standard bearer of young singers”. Her first album, “La huella de mi sentío” debuted on the last Bienal of Seville, in September 2018. It is dedicated to Jerez and her family, and their singing style, adding her own personality.

I thought a lot about how such historic past – her father and grandfather being so famous singers – can affect her professionally, and personally! Has she felt pressured to follow their footsteps? Is it a weight on her to be good and not bring shame to the Terremoto name? Or is she simply proud of belonging to them?

It must be a bit of everything. On a recent interview in the Nuestro Flamenco radio program, María talked about how her surname helped at certain points in her career, but it also created expectations around her, which were not always easy to manage.

All I know, that I hope she will be able to break the curse, and live a long and healthy life, singing for us for many more decades. After all, she has only just started!

PS. My friend, Álvaro Mayoral from Talavera de la Reina, has always been such a huge fan of the Terremotos, that he and his friends made a documentary about the starter of the dynasty, Terremoto de Jerez. The documentary is in its final postproduction stage, and we will hopefully get to see it this year! I am hoping for a London première too, Álvaro!