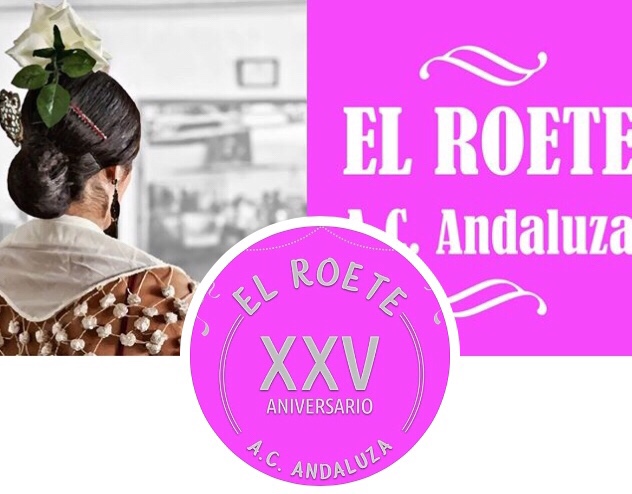 There are people in the world, whose work makes a difference in other people’s lives. Today I want to talk about one of these people.

Ángeles is a psychologist in Marchena, Andalusia. 25 years ago she created ‘El Roete, Asociación Cultural’, a cultural association called “The Bun”. This non-profit organisation has two functions: 1) promoting flamenco 2) by using it as a tool in the social & emotional education of children aged between nursery and secondary school. The aim is to bring flamenco closer to children by showing them that it is not only an art form from the past, but it is vivid and alive! Through day to day examples, they bring flamenco to the children’s territory, and help them realise that flamenco is around them in all shape and form, even if they don’t know about it. A good example is Rosalía, who is popular among the youth, but they wouldn’t necessarily know that her songs from the album ‘Los Ángeles’ are versions of old flamenco songs. Through someone they know and like, they are introduced to flamenco artists and they learn about the art itself. Collaboration with local artists, like Dani de Morón, brings live music to the sessions, and at the same time, by simply discussing the places Dani goes on tour, children discover new countries and cities. The learning process is through someone who is familiar and close to them, without the constraints of a school class.

Teaching is done in various forms: in workshops, in the El Roete centre in Marchena, and on visits around Andalusia, where El Roete bring their different projects. Local artists often collaborate in these projects. The use of social media, like Facebook and Youtube is part of the communication channels, and exchange of ideas through them is encouraged between the participating children.

Besides the promotion of flamenco, they also use flamenco as a tool in the emotional education of children. Handling emotions is difficult, a map of emotions contains more than 300 types of different emotions. But when at the beginning of their sessions, children are asked how many emotion types they can identify, they mostly say two: happiness and sorrow. This can be greatly improved with these sessions and they can successfully name many more afterwards. Methods include recognising emotion types heard in the different songs or trying to associate feelings with the different ‘palos’ or song forms. However, the opposite direction is also used in teaching. With which ‘palo’ would you express this feeling? El Roete teach the younger generations about the different flamenco forms and what they are about. Children from bigger towns, like Seville, may find more familiar the urban song forms like alegrías or rumbas, and children from the countryside, may understand and enjoy better the abandolaos and fandangos originated in the villages. Sessions are always practical, never theoretical. Ángeles explains that rather than flamenco becoming a school subject, they prefer having flamenco as an extracurricular activity, so that it doesn’t become an obligation for the kids, something they have to prepare and study for.

Ángeles and her colleagues have also created a small competition around every fifth anniversary of the association, whereby people are asked to design a poster for El Roete, and winners are rewarded with small prizes.

I find absolutely fascinating what Ángeles and El Roete do. Education is key in the upbringing of children, but there is actually little or no time spent on social and emotional education. Doing this through their local tradition is extraordinary! They teach children about emotions and expressions via their local customs and traditions. Flamenco is present in Andalusia. Not everyone is interested or actually likes it, but everyone hears it in the radio, on concerts and festivals, on local events, parties and weddings, and possibly even listens to it at home. Children have a general idea about flamenco, and this is enhanced, further trained and used in their emotional education. There are many ways of promoting art, but there is nothing more future proof than introducing it to the younger generations and help them create their identity through their local history and traditions.

Combining education with tradition seems to me exceptionally brilliant.

I raise my hat to Ángeles and her crew.